Having a tattoo is everlasting. This the primary reason for having a tattoo. With time, however, people change and some might want to remove their tattoo, either because they do not like it any longer or for a professional reason. This is when Magic Pen tattoo removal device comes to help.

A few months after a tattoo is made, the pigments go in the dermis and this is part of the explanation why it is so hard to remove tattoos – the ink penetrates deep into the skin. Moreover, with the modern tattooing techniques, the use of multiple colors or the use of improved needles and ink delivery, it becomes harder and harder to remove the drawings on the skin. Today there are several techniques for tattoo removal – laser, surgery or dermabrason among others, but all of them have considerable disadvantages.

Disadvantages of Laser for Tattoo Removal click to expand

Laser is the most commonly used tattoo removal technique. It works, but only under certain conditions and it requires a lot of time. The laser treats only a small range of colors (mostly black, dark blue, red and orange, and no light colors at all), and at the same time is very expensive due to the large number of consultations and sessions that are required.  For some patient a dozen or even more sessions are necessary, depending on the tattoo and its size. Knowing that the price range of a session is between 80€ and 300€, this treatment is a real investment. This technique also poses health risks, because after having been destroyed, the pigments enter the body via the blood stream and their effects on the health are not really known. It can take from several months to more than 2 years to remove a tattoo with the laser technique. Additionally, some scars can appear after treatments.

Strong points
Less expensive than laser, only 3 to 4 sessions are needed. Consequently, it is quicker. It is a color-blind product, it removes efficiently all pigment colors by injecting a patented solution. 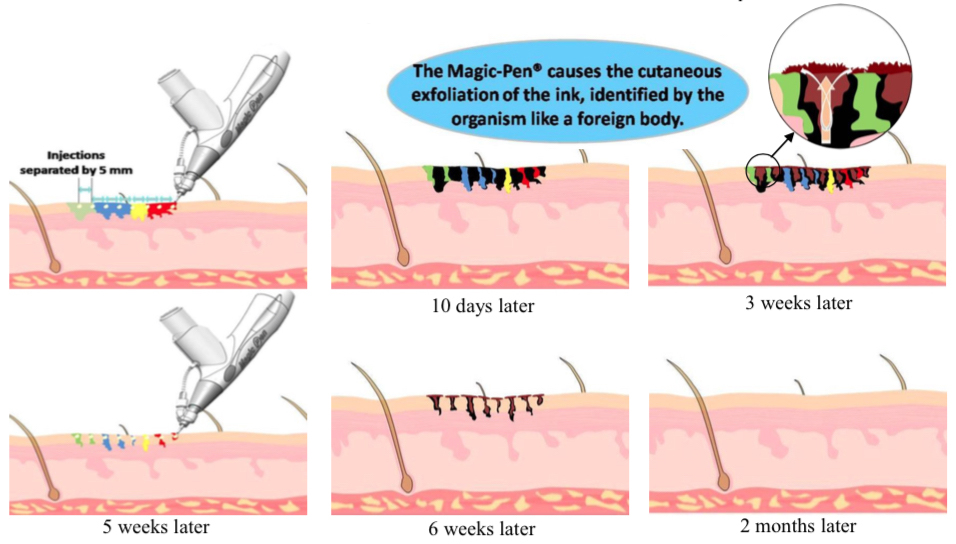 How Tattoos are removed with MagicPen®

How does it work?
The TEPR technique is a modern take on an old tattoo removal technique, which uses the theory of partial thickness wound healing in modified form. It relies upon closely spaced partial thickness injuries on a small surface area, with intervening skin bridges of intact epidermis and dermis. Closely packed needles are used, similar to those in traditional tattoo devices.

TEPR uses medical-grade micro needles, which are set to precise user-defined penetration depths. These de-epithelialized patches expose the underlying dermis, into which the special Magic Pen® fluid is introduced. The needles facilitate the penetration to a defined depth of the dermis. A partial thickness injury is therefore created in the skin (at a depth which should include all the tattoo pigmented dermis) and dries over the course of a day. Partial thickness wound healing then proceeds around and under the skin where the treatment has been performed, which drops off the skin after approximately two weeks. The tattoo pigment that was located within this part of the skin is thus released.

Once the TEPR wounds are mature (healed, pale and flat) a new treatment session may take place in an adjacent area of tattoo pigmented skin, using the same technique. In this manner, the whole area of the tattoo may be progressively and sequentially covered and removed, in three or four sessions.

The TEPR technique has to be applied on a clean and shaven area, prepared with alcohol cleanser. No anesthesia are required in 80% of the cases. The needle used is adjustable, limits the scar and are deep enough to reach the tattoo pigment. Consequently, in 3 or 4 sessions, the whole area of the tattoo is treated. The patient has to precisely follow aftercare advise given by the treating physician.

The technique is not scar free in all cases, it depends on the patient and how the aftercare has been followed! Consequently, it can lead to hypo/hyperpigmentation of the skin and scars. The patient can feel discomfort.

Using the most natural techniques possible, the Magic Pen® gives the information to the organism to dissolve and evacuate the ink of the tattoo.

Easy to handle, the Magic Pen® is used like a tattoo machine, but instead of injecting ink, it injects our solution to dissolve the ink. The ink of the tattoo will be rejected naturally. 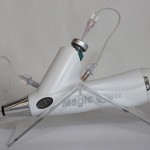 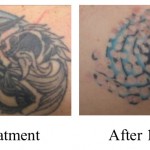